Wonderworld, is a new Dimension that looks like the Overworld with
the difference of Fog. There is a new tool called Wonder Pickaxe to
break the new block Gaver which is used to make the Portal to get to the
WonderWorld. Would not recommend sleeping in the bed in Wonderworld. 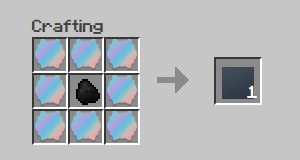 Check out the Gallery to see the pictures of this mod.
Version: 1.02

You are now leaving Infiniti RPG

Infiniti RPG provides links to web sites of other organizations in order to provide visitors with certain information. A link does not constitute an endorsement of content, viewpoint, policies, products or services of that web site. Once you link to another web site not maintained by Infiniti RPG, you are subject to the terms and conditions of that web site, including but not limited to its privacy policy.

You will be redirected to

Our Recommend Sites: Mine Cloud - Planet Minecraft | We would love to have you join our newsletter to get updates and awesome feedback.